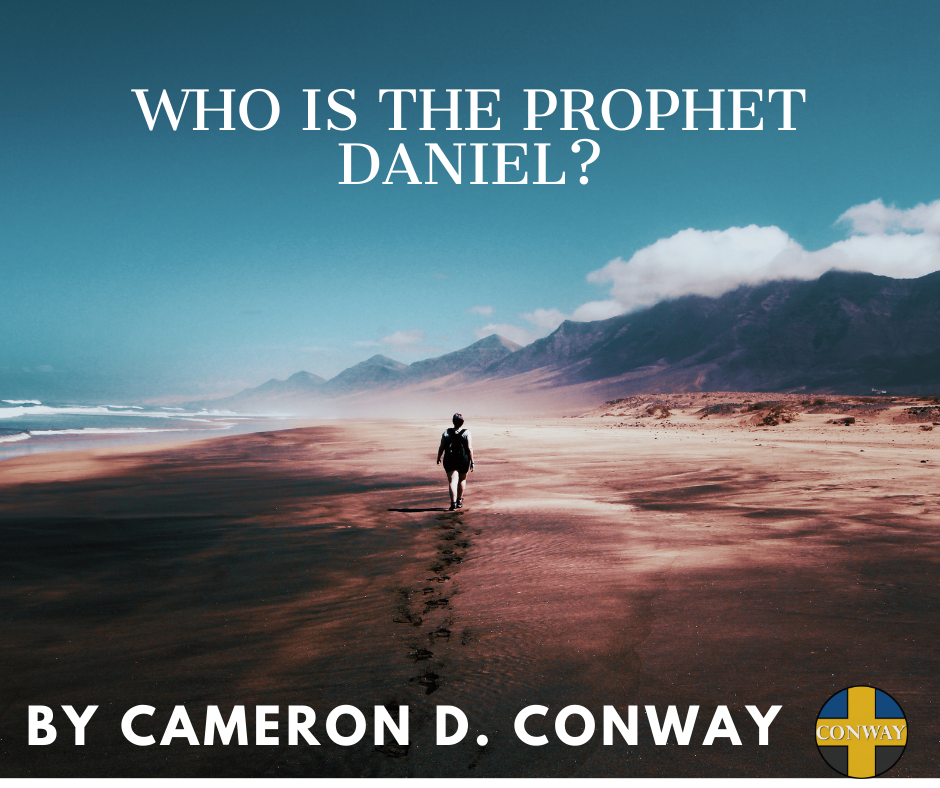 Among the Hebrew prophetic books, no person is as unique or stands out from the pack as much as the prophet Daniel. This prophet had visions, dreams, angelic encounters and possessed the ears of not one, but three major pagan Emperors. So then what can be learned from studying the life and influence of Daniel the prophet?

The assumed author of the biblical book that shares his name the prophet Daniel came into notoriety during the exilic era in Israel. He was among the first wave of deportees taken to Babylon in 605 B.C. which was “the third year of the reign of Jehoiakim along with a cross section of prominent citizenry and craftsmen.”[1] This “deportation of the royal descendants into Babylon had been prophesied by Isaiah to Hezekiah (Is. 39:7)”[2]. Those deportees who were aware of the prophecy were comforted knowing that they had been spared from the dark days which were to come years later with the destruction of Jerusalem.

Along with the now famous three other Hebrew young men Daniel was conscripted into service for the royal court, this follows the trend of assimilating the children of the nobility from subjugated peoples into officers of the court. Daniel was placed in a pagan environment, given a pagan name (Belteshazzar), taught a pagan education, to serve a pagan king in a pagan land, yet Daniel did not abandon his faith in YHWH. Not only did Daniel not conform to the religious atmosphere of Babylon “did not raise issues about non-issues”[3] and only caused trouble in the cases of the food given to Him and his devotion to one God alone.

“Daniel was also a person of deep piety. His book is characterized not only by prophecies of the distant future but also by a sense of wonder at the presence of God. From his youth Daniel was determined to live by God’s law in a distant land (see Daniel 1). In moments of crisis, Daniel turned first to God in prayer before turning to the affairs of state (2:14–23). His enemies even used his regularity at prayer to trap him and turn the king against him. But the grace of God protected Daniel (chap. 6).”[4]

Understanding Daniel, means one must also understand the historical-cultural context he was engaged in. Daniel was able to live long enough to serve at the highest echelon of two Babylonian kings and managed to survive the Persian conquest and served the first Persian king over Babylon as well. Daniel saw the heights of Babylon under Nebuchadnezzar, the collapse under Belshazzar and the conquest by Cyrus the Great. By the end of Daniel’s life much of the Middle East was under the rule of Persia and his writings reflect that rulership. As “the central section of the book is written in Aramaic (2:4b-7:28), the language of diplomacy in the eighth century B.C. and the language of the Medo-Persian Empire.”[5]

Through the actions of Daniel, we are able to see behind the scenes aspects of Nebuchadnezzar, from the dream which haunted him to his era of madness and living like an animal. With Belshazzar Daniel stands as the interpreter of the omen when spoke of the immanence of the Persians breaking through the walls. Daniel’s encounter with Belshazzar also demonstrated the low level of regard the king and his officials placed on the instruments plundered from the temple. Finally, we are also witness to the inner workings of the Persian government under Cyrus the Great along with the wickedness of those who sought to kill Daniel.

The Messiah and God’s Sovereignty

Understanding the setting of Daniel’s message we can now take a more informed approach to appreciating the message of the words and prophetic encounters YHWH gave to him. When we take an overarching look at the prophetic aspects of Daniel with Nebuchadnezzar’s dream in chapter 2, the vision of the four beasts in chapter 4, the vision of the ram and the goat in chapter 8, the ancient of days and the seventy weeks in chapter 9 and the concluding visions of the Greeks (Seleucids/Ptolemaics) in chapters 10-12 a single message appears. It is one which “focuses on the sovereignty of the Creator-Redeemer over the kingdoms of this world, on the suffering and perseverance of the saints during the wars among the kingdoms of this earth and on their final reward.”[6]

The visions experienced by Daniel are pointing to the truth that YHWH is the only one with true control over the nations and the peoples of the world. Not only is He in control but He dispenses His plans to His prophets which may occur generations before their fulfillment. This causes us to look at history in a different light because through the message of Daniel, the prophet “seeks to provide theological understanding of history.”[7] Through Daniel’s prophecies we are introduced to the Greeks, the division of Alexanders Empire into four parts and to the Roman empire which will lead to the coming of the rock cut without hands, aka the Ancient of Days.

The message of Daniel with its theological perspective on history is not only secular but also Messianic, as through the prophecy of the seventy weeks we were given the timetable of the coming of the Messiah. A concept which places an entirely new meaning on Mark 1:15 when Jesus declared “The time is fulfilled, the kingdom of heaven is at hand.” Jesus also later quotes Daniel’s words about the one coming on the clouds. This was not just an off-hand quotation but Jesus used this verse to assert His divinity during His trial.

Who was Daniel the Prophet?

When held up against the other Hebrew prophets Daniel is the lynchpin between the pre and post-exilic eras. As his lifetime spanned the from first incursion of Babylon into Judah all the way to Cyrus who gave the decree for the Judahites to return to their land. In a rare instance among the Hebrew prophets Daniel is mentioned by his contemporaries Jeremiah (9:2) and Ezekiel (14:14, 14:20 and 20:3). Ezekiel’s mentioning is particularly noteworthy as he equates Daniel with the likes of Job and Noah in terms of personal righteousness.

Now what can be learned from studying the life and influence of Daniel the prophet? On a theological level we learn of YHWH’s sovereignty over the nations, His willingness to disclose His plans to the prophets, and we see the hope of the coming Messiah. On a personal level we learn of we learn the low opinion YHWH places on pride, the risks and rewards of persisting in our faith and we learn of the power of prayer. Daniel stands apart from other prophets because He not only experienced prophetic encounters but also demonstrated a living faith in YHWH and was able to be a godly ambassador before pagan kings.