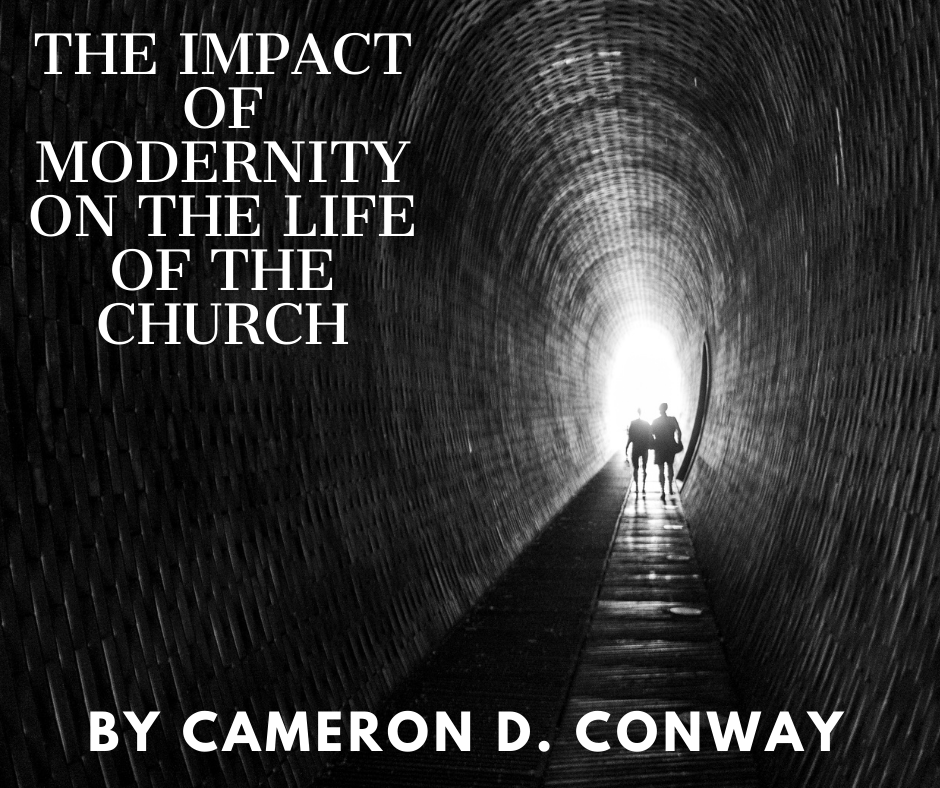 The Enlightenment and the subsequent culture of Modernity represented a fundamental shift in how the church interacts with the world and how the world can exist without the church being its core cultural pillar. In his book Foolishness to the Greeks, Leslie Newbigin presents several ideas and factors to aid the church navigate the muddle waters of Modernity and the post-Christendom era. Newbigin encourages the church to throw off the dreams of theocracy and instead have a “missionary encounter” with Modernists by challenges the “whole way of perceiving, thinking, and living” within Modern culture.[1]

A Profile of Modernity

Modernity represents a cultural reformation which challenged the very structure of the church and created space in culture for people to find answer life’s to questions outside of the Bible. The former Christocentric worldview had been replaced by one based on reason, independence, intellectual autonomy, personal freedom and the quest for unending progress. The resulting nation state model in the west contributed to the growth of the ideas of dependency on the Government, the separation of public and private lives, the freedom of choice and pragmatic capitalism.

Western culture saw itself as the heralds of discovery who were unshackled from old superstition as the “the iron grip of dogma has been loosened.”[2] People were free to live as they pleased and contribute to the ongoing progress of the nation, family or business. Modernity produced a consumer-based culture ripe with choice and increasing dependency on technology and scientific advancement to provide comfort, prosperity and the answers which used to be given by the church. With the moral supremacy of the church seen as being dismantled the Modern person is left to follow “their own views about what is good and desirable, about what kind of life is to be admired, about what code of ethics should govern one’s private life”[3]

Absolute Confidence in Science and Technology

Rather than perceiving the world as an organic created realm the ideas of Modernity present creation as a logically driven machine which can be studied, understood and manipulated, through a form of “reductionistic naturalism.”[4] This “mechanical view of the nature of ultimate reality”[5] prides itself on emphasising discrete parts of an object, idea, or problem in order to reduce it to its base purpose and usability. This worldview of absolute logic and reason held sway until the recent rise of post-modernism where the facts have been reduced in importance to allow for the feelings of the observer to influence the results. The church has first felt the wave of uncompromising logic in critiquing its stories but now faces the opposing force of objective (reader-response) emotionalism in determining the understandings of reality.

The Fascination with Political Systems

In many ways the modern church finds itself in a similar position to the early church as it struggled with the Roman bureaucracy. “The early church didn’t seek out imperial protection as an official religion because it didn’t want to be confined to the private sphere.”[6] A similar ultimatum being given to it by the political system of Modernity which demands a separation within the individual between their public persona and the private person who is free to believe as they choose within their homes.

The political quest for progress, reason and freedom has fueled the both the economic power of capitalism and government dependency through socialism. This has created a political landscape of two extremes which people are left to choose a secularized government which enables their own pursuit of happiness. However Post-Modernism is challenging this either-or approach by calling for all options to be included simultaneously. The desire for continuous order is being replaced with the desire to protest and change whereby all voices are heard equally at once, even when they disagree with each other. The idea is to be seen and heard with the hope that “caring” will be rewarded with “change” from those still loyal to the Modernist mindset.

The church according to Newbigin cannot sustain a maintenance mindset with the hope of a return to Christendom but instead must instead grasp a missional mindset. Unfortunately “Christianity in its Protestant form has largely accepted relegation to the private sector,”[8] and has resisted in confronting the matters of reason, demythologization, pluralism and intellectual surrender. Newbigin in pages 133-150 lists seven methods for the church to use in better engaging the culture including a focus on eschatology, increased lay theology, a resistance to denominationalism and advocating for a pure doctrine of Freedom through the lens of Christ.

The church has responded to this cultural crisis the three ways: the Fundamentalist wing sought doctrinal order and intellectual confrontation, the Liberal wing sought the betterment of humanity through humanitarianism, social justice and a focus of the internal state of the person, and the Pentecostal wing has rejected the demythologization of Modernity in favor of the Holy Spirit, evangelism and establishing a sub-culture of Christianity. Ideally for the church in the Post-Modern era to thrive it will have to merge all three of these streams together in order to provide intellectual answers, compassion and the power of God to the culture as it stands alongside mainstream culture.

The church at this point cannot hope to conquer the culture but must instead be a viable option for those who see the limitations of Modernity and Post-Modernism. It can only be through a deliberate “missionary encounter” with contemporary culture that the church can challenge the “whole way of perceiving, thinking, and living that we call “modern Western culture”[9] by not hiding away in the private sphere but being a visible alternative to a culture which is increasingly losing sight of its purpose and any hope for the future.